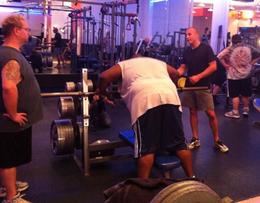 Making any film is a huge challenge! We face all the traditional risks of our art form in dealing with bad weather, scheduling crew and cast, equipment going bad and locations not working out. Since this project will last for a year we face those issues times many opportunities for things to go wrong! It's also true that in production things often take such a long time to be done right. We face a huge endeavor to edit this and conduct post production.
This project is called "It's Huge" because it really is for several reasons. The greatest challenge we face is in having the courage to tell this story and allow these five men the opportunity to recreate their lifestyles because they face the ultimate challenge - they have to lose weight to save their own lives. We all want these men to succeed at something they have already failed at for many years. It's a great challenge in and of itself. We have a team of caring professionals who are also cast members and will do all they can to inspire, educate and motivate these men to lose 100 pounds or more over a year. The truth is that this documentary is not scripted or preplanned. We are filming them as it is happening. Right now as we start the first month of this program we don't know if all five of them will succeed - but we certainly WANT them to make it.
There are many challenges in filming a project of this scope over a year. Technically making sure we film each man in a way that portrays them with dignity and truth is a major concern. We do not want to exploit or negatively portray a person to exploit this story. The five men in the cast are trusting us to be kind and fair to them and not misrepresent or exaggerate their situation.
We also have an ethical obligation to the audience to show the truth of what's happening and not sugar coat anything. We have the obligation to what's provably true. We have an ethical obligation as filmmakers to create art that is in interesting and memorable. We want to get this story right.
We have a huge obligation to do this for all the millions of people who are sitting on their couch and struggling with weight or health issues too. Millions of people face a premature death due to obesity. We want to reach, inspire and educate them. We take that responsibility very seriously.
We see this as a HUGE opportunity to do something that could be HUGE for each and every person connected to this film.
The greatest asset we have is incredibly talented crew who are all invested in the success and quality of this film - because it's more than just a film. It's Huge. 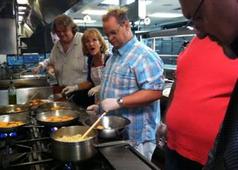 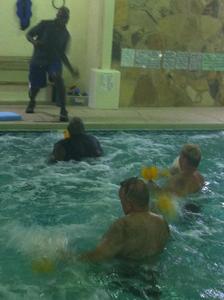 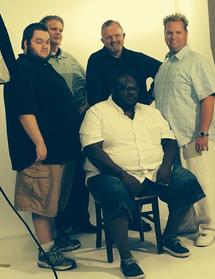